An Historic Moment: Playtesting Against an Opponent

Playtesting a deck in solitaire mode can only get you so far. To really put a deck to the test, it needs to be forged in the fires of the metagame! It is now possible to select a deck for the enemy and playtest two decks against one another. This feature goes out to all the brewers that cut their teeth solitairing matchups on Apprentice.

On a deck's playtest tab, the "Select Enemy Deck" button has been added.

Clicking the button brings up a Select Enemy Deck screen, and selecting a deck starts a new game with two players. 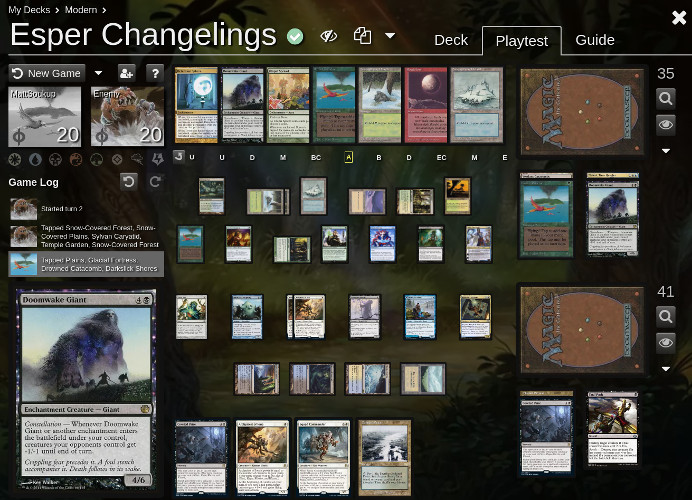 Playtesting Against Another Deck

Turns can be tracked by advancing through the steps via double clicking a step or pressing spacebar. Advancing past the end step passes the turn. Any player one keyboard shortcut can be applied to player two by holding the Shift key.

Historic and Historic Brawl are now available as formats.

Stay tuned for the addition of system-managed metagame decks and added Playtest features! Thanks for reading!