Six years of development has led to this announcement... At last.

Dial back the clocks to 2009-- I just graduated from college. You can't imagine the vacuum that leaves in your day-to-day routine. (Or maybe you can.) It was only natural that this void would be filled by a combination of my two favorite hobbies: Magic: the Gathering and JavaScript.

The Magic software landscape of the day (Apprentice and Magic Workstation) left much to be desired. The obvious evolution was a web application that sidestepped the hassle of installing a program and manually updating new expansions. The next few years were spent working on a never-released version (v0.0.0, if you will) largely not knowing what the hell I was doing. At that point, it had a chatroom, a deck editor, and solitaire play mode. Functional? yes. Robust? Not quite. 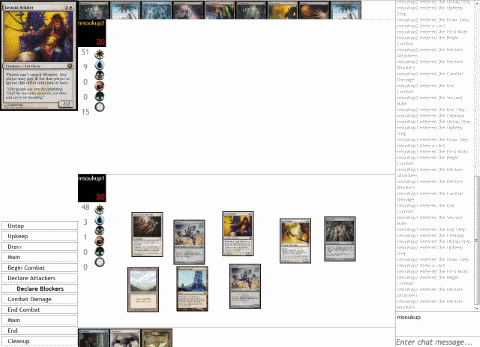 OLD VERSION: Solitaire mode for playtesting two decks against each other

The amount of technical debt that early project had accumulated was unsustainable. Beginning in 2012, I declared technical bankruptcy and restarted fresh. I laid a new foundation of broadened experience and open source web frameworks. And nearly 4 years later, here we are.

Releasing this first version has been a struggle. In the past, I've made the big mistake of promising release dates and then coming up short-- of releasing something "just to release" trading proper QA for an abundance of "loose" functionality. Where does one draw the line? How does one determine the minimally viable product? We obviously want enough functionality for users to gain something, and those features we do have should be high quality and (nearly) bug-free. The devil is in the details, though, and there was always that one last fix I wanted to squeeze in. Any potential bugfix or "necessary" feature ehancement sparked an internal conflict: To fix or not to fix before releasing?

Today, the state of mitb in my state of mind has finally reached an equilibrium. Now presenting Magic in the Browser beta v0.1.0: 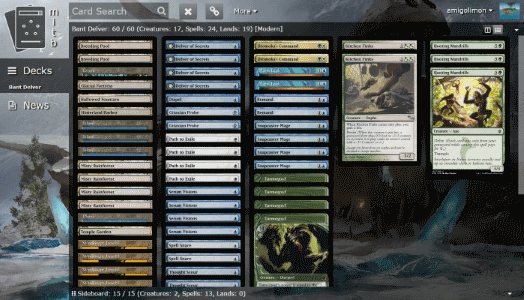 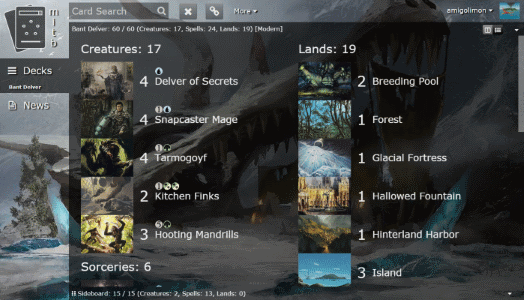 The cornerstone of mitb is the deck editor, and it has two primary goals: rich user experience and rapid deck construction. A deck can be manipulated in either one of two views. The first view is an image-based drag-and-drop view (similar to magic online). The second view is closer to a traditional text-based list but augmented with card art and mana costs. Deck construction was engineered to be lightning fast through its first-class keyboard support. 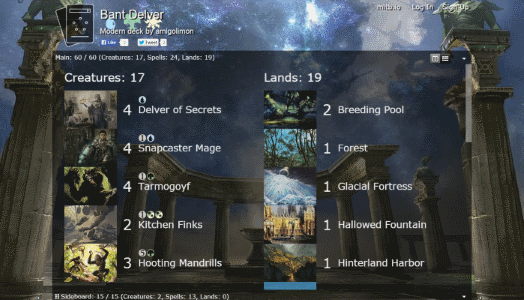 A deck can be made public and accessed by a URL

By default, all decks are private. Once a deck is made public, it can be shared with others via a URL. Viewers of your deck get access to the same two views available to the deck editor. Twitter and Facebook icons allow sharing across social media. 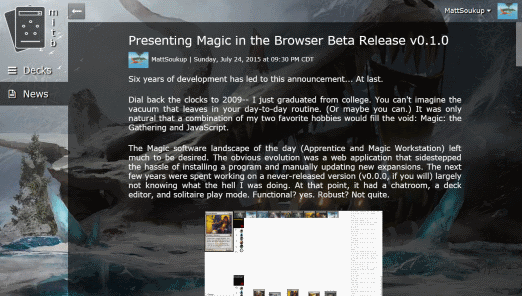 Updates will be made available on the news page

We will be posting updates to the news section. It has a minimalist commenting system, which will be primary avenue for user feedback. 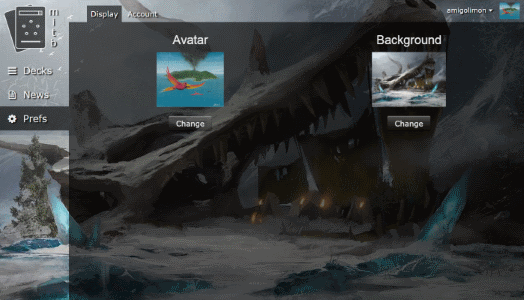 Thank you for trying out mitb. Please leave your feedback in the comments or log a bug in our issue tracker! Expect ongoing development! We're dedicated to making mitb the best it can be!