This release builds upon the previous, further improving the playtesting experience.

A new Configure Decks button (gear icon) has been added next to the New Game button:

Clicking the button brings up the Configure Decks screen: 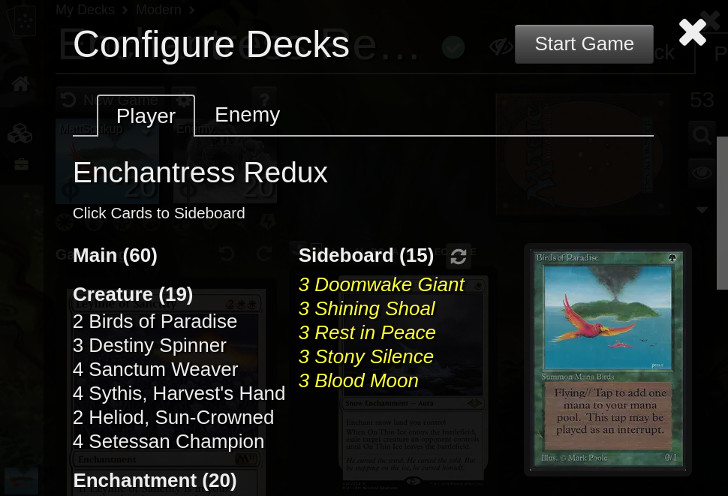 From this screen, the player's deck can be sideboarded. Cards that make up the sideboard are italicized and highlighted in yellow for easier recognition. Clicking a card in the maindeck will move it to the sideboard and vice-versa. Clicking the Reset Configuration button will unsideboard the deck. Modifying the underlying deck definition (on the Deck tab) also undoes any sideboarding.

Switching to the Enemy tab allows selecting an enemy deck and then optionally sideboarding it.

The Player Menu is a new menu located in the top right corner of the player's avatar: 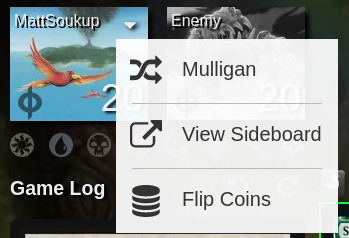 (It replaces the Game Actions Menu previously adjacent to the New Game button.)

Selecting an enemy deck will give the enemy a Player Menu, too. 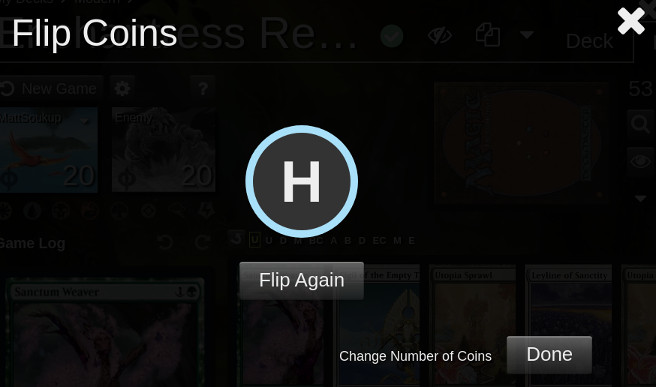 Coin flipping has been added with support for flipping up to five coins at once. The keyboard shortcut for coin flipping is c. 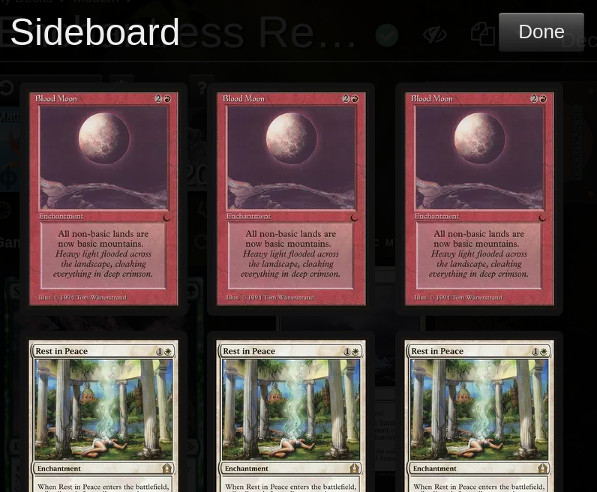 The Sideboard can now be viewed in-game, and its cards can be moved to another zone by drag-and-drop or put into hand by clicking. 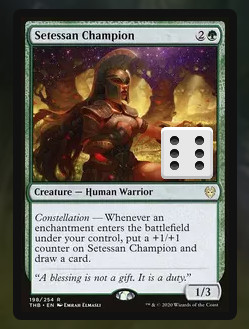 • Keyboard Shortcut and Other Improvements

The release includes a number of additional tweaks: